Collections of English Poetry by Indian Poets – where are those? 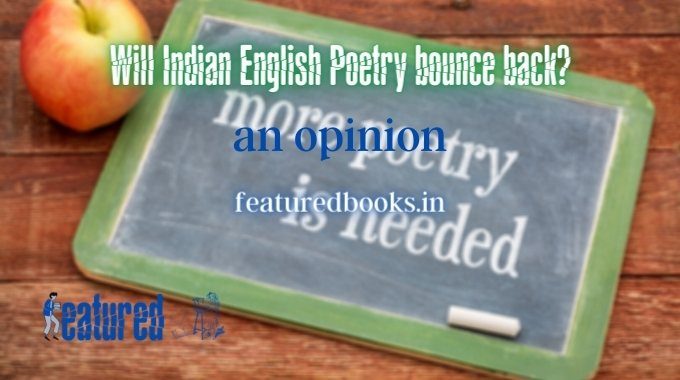 Indians who love reading poems in English are not many. To be frank, this statement might arouse very mixed emotions in the hearts of many. However, this is the truth that we have ignored for a while now. If it was not the case, there might have many publications in this direction, many collections of poems by many Indian English poets and many new poets mean many new poetry critics. Sadly, none of the mentioned is true and thus, the early statement made in the very beginning of this article is nearly true. Why did it happen? What was the reason? What is the (possible) solution?

As someone who has been reading English poetry for a while, I can make a few points that you can consider before you join me in chorusing those points or adding your own opinions. In India, English poetry does not have a very deep root. It began mostly as the imitation of the English poets and continued in the same direction until poets like Tagore and Aurobindo made their impact – Indian traditional style and mostly Indian themes. It connected with the Indian audience more than what it used to be with the poems of their precursors. Pulled and carried ahead by Sarojini Naidu, the poetry just after the independence of India was almost traditional in tone and somewhat modern in its approach and style. This experiment kept the readers indulged and they liked it. After the fall of Ezekiel, poetically, there was a phase of experiments in Indian English poetry and this phase could not catch up with the aspirations of readers.

A prolonged phase of disconnect with the sentiments of the readers and admirers of English poetry in India dissuaded a large section of leisurely poetry readers to other genres. The leftovers were lifelong devotees of English literature as well as good poetry. And the present phase of Indian English poetry, with Indian English poets trying their best to present the modern realities with modern metaphors, can be said to be an extension of that tension – what should be the ideal way to woo the minds of Indian readers of English poetry. However, this phase does seem to be promising in its attempts and a few young poets are making their marks. As an optimist, I can only hope for the best!

Poetry does soothe the heart when you read some really nice lines. Realism, I don’t want to but have to say, should come as a subsidiary object in poetry because people have other genres to take as many dips as they want in realism. However, poets must focus on presenting the better hopes, aspirations and comfort to the readers and realism may come (should come, rather) in a concealed way that the readers will bring out by themselves. You can have your own opinions about the use of realism in English poetry or poetry in any language for that matter.

I hope this article might have connected with the readers to some extent. I will be bringing more analysis like this in future as well. All the best!

by Madhav for Featured Books