Her Passover: Story of Menopause, Love & Anger by Dr Jasmin Johnson – a book for women and men 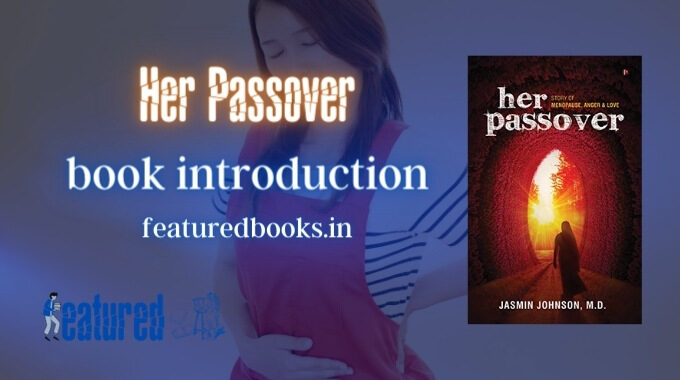 I heard about this title by Dr Jasmin a few days ago and wanted to learn more. Read a few reviews and opinions on different platforms and wanted to read it and also feature it on the platform that I write for, Featured Books. Her Passover: Story of Menopause, Love & Anger is a wisely written book that mixes emotions, intellect, truth, fiction and facts together to offer the readers the best information and suggestions, ideas and expert opinions about an issue that’s still not freely discussed in our society – menopause. Though people do talk about it in medical books and behind the doors, it’s still not popularly featured in mainstream literature and Dr Jasmin has tried to break this line.

In the concerned book, the author tries to portray the issues in the lives of women when they have to go through menopause, a phase in the life of a woman that is still not discussed widely and hence, no woman seems to know much about the emotional, mental and physical changes that she might have to undergo during this phase. The author, who is a doctor, Dr Jasmin Johnson, speaks about the issue through her centrala character, Prachi, who goes through menopause and experiences various things. The author has mixed her experience as a doctor and woman, her skills as a writer and a storyteller in creating the character Prachi and turning her into a metaphor who represents women in general.

Her Passover, as a publication, also confirms that our usual frustration with Indian English literature is not always justified because new authors do take such risks and try to come up with themes that are realistic, social and crucial compared to the general course of writing a romantic book and saying it done! Dr Jasmin has wonderfully weaved her story and created her fiction. Her stories fuse the issues related to menopause so naturally that readers will not have anything to surmise. Moreover, unlike a general book of fiction, the author has medical expertise and she knows the things she has made her characters talk and say… and so, the book should stand on many benchmarks and come out clean.

In the world of literature with causes, this book certainly embarks the beginning of a new journey. Menopause should be discussed by more authors on a frequent basis so that women can know about it more and more. Unlike periods, which is somewhat talked about today, menopause still rests in oblivion. Dr Johnson has started a new genre issue and I am sure many women authors will follow it sooner than we expect. You can get a copy of this book from Amazon India and read it.

Click here to buy the book from Amazon India

By Smriti for Featured Books