Why do we need more novels like Kanthapura? An opinion on the present literary output 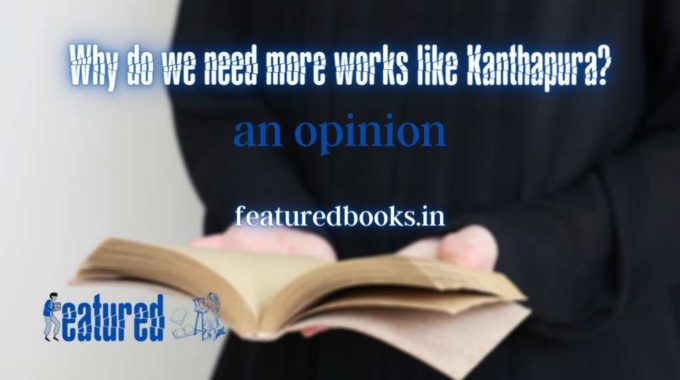 Frequency of such incidents have increased in the past decade or so. More than just often, I come across authors and their books, of course, which talk about India in pieces because of caste, religion and class. None of these books or very few of them offers the readers some kind of solution to all the problems that they protract and elongate to the lengths which might inspire anyone to leave India right away and settle somewhere (where, by the way?). As an author, one should realise that shouting loud about the problems is important and also important is the responsibility that society expects the authors to carry out – show the best possible way which can lead to peace, prosperity and harmony. Do our authors do that? Seldom. Rarely. Never…

I am returning back to the theme of Kanthapura, the approach of the novelist and an overall impact that this novel might have made upon the readers’ psychology in those days of the British kingdom. Certainly, the days were worst because what could be worse than being captive to foreigners… however, the novelists were not bitter about the problems that we had, they were rather indulged and busy with the possible solutions that could bring the end of our misery. Eventually, the literary figures decided to produce meaningful, productive and sane literature which highlighted the problems as well as showed the best way forward. Kanthapura is still considered a masterpiece by any Indian novelist writing in English. Raja Rao was a visionary. Being a Brahmin, he understood the pains and problems of his friends belonging to other classes of the society and he painted his fiction with the visionary idea of unity that could easily be brought to reality with the help of religion – kirtan, bhajan, Harikatha… Raja Rao, if he wanted, could have left the readers with the problems only. However, he did what a responsible author must do!

Today, the authors write almost every time with their bias apparently scattered in pieces throughout the narrative and they are very optimistic about it. They think that readers want to know about our problems. Which is true, nonetheless. However, they forget all the times that readers also want to know their opinions about the possible solutions to the problem. However, these authors do not have anything to talk about the solutions as they openly narrate the same perspective that their characters do in their novels. Who needs an introduction to what are the public opinions of Arundhati Roy? Now, can we believe her to do a Raja Rao? Never!

The novelists will have to think about the future as well. We have all been aware of our problems and we are certainly done with all these. However, we do need solutions now and we need it immediately rather than waiting for eternity. Authors could have been the leaders if they wanted to do so. However, their path has been changing for a few decades and we know the reasons… perhaps. Is there any way out of it?