Next 5000 Years: will Hindus remain Hindu? Kumar Dipanshu ruminates in his book 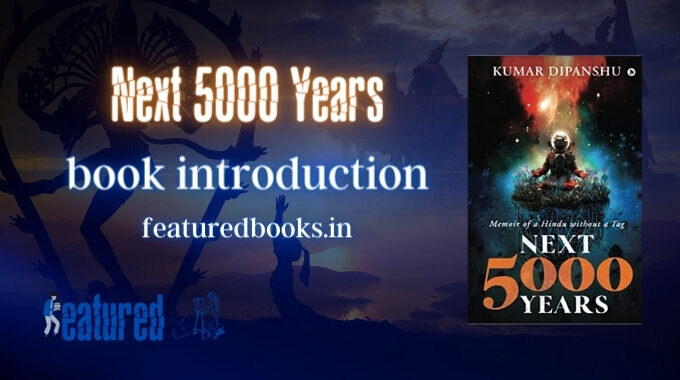 Books on Hinduism are not new. The guiding light towards the path of intellect, knowledge and self-realisation for the entire world. However, for many years now, even after the prejudiced Britishers left our country, there have been constant attacks on Hindu beliefs, literature and ancient treasures of knowledge. This is because a grand narrative has been spread, propaganda against the very Hindu philosophy, knowledge and beliefs has been running for many decades. Reasons will be better known once you research the same. However, if you want some help in understanding how the recent efforts to counter the propaganda and conspiracy have been, you might love reading the recently published title by Kumar Dipanshu – Next 5000 Years: Memoir of a Hindu without a Tag. The book has a very intriguing, alarming and interesting opening:

“If you are reading this and you are still a Hindu, please stop for a moment and feel proud about it. It would mean that the hope is still not lost, and you are a part of a tradition that dates way back than documented records.”

IN short, the book by Dipanshu is an effort to underline and analyse the efforts being made by concerned people who are working towards countering the ongoing conspiracies by motivated people to downplay everything that is even remotely related to Hinduism. Kumar Dipanshu, the author, looks for his role as an NRI, as someone who knows little and as someone who is well-versed in using modern tools like the internet and social media. He has valuable inputs to offer and critical observations to make. And the book becomes interesting, valuable as well as a testimony to the very fact that more and more people are waking to the partiality and biased attitude towards the world’s oldest civilisation, the most cultured and intellectual hierarchy of knowledgeable sages and Rishis.

In the broader perspective, looking at the way things are unfolding in the world of literature, the battle of narratives will go on. In the age of information, when anything can be put online and countersigned as a source of authority, it becomes very important to highlight the misleading sources and counter the same with facts and inputs that are useful, backed with facts and powerful enough to underplay the sinister efforts. Wikipedia is the biggest example of a misleading and confusing source that is easily accessible online.

It is a timely publication that will give the thought leaders and concerned people some hours to think, ponder and accordingly plan their course of action. If you are also a part of the unacknowledged league that’s working for a civilisational cause, you will find the book very useful. You can get a copy from Amazon India by clicking the link below:

BY Anivesh for Featured Books