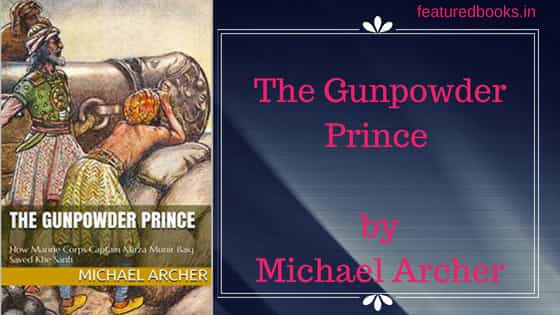 The Gunpowder Prince is the latest book by a respected and famous author from the USA, Michael Archer, who is very popular for his works on war, battles and political analysis of the past (especially in the war zone). The subtitle of the book makes it amply clear that the author is but looking to bring to the light the contributions of Captain Mirza Munir Baig which helped the USA victor the battle of Khe Sanh.

Why is the book special for the Indian readers? This is the first question that I need to answer because I am doing a review of this book largely for the Indian readers. Do you know that the person who is the central protagonist of this war memoir was an Indian? I bet most of the modern readers don’t know that Captain Baig was an Indian by birth and he received higher education in the UK before migrating to the US and finally joining the army there. Michael Archer, the author of this book, The Gunpowder Prince, has covered a brief account of the life of Captain Baig as well as his ancestors in this book and it will be more than enough for the readers to have a clear idea of the Baig clan. The Baigs, undoubtedly, were the born warriors and battle directors.

The Gunpowder Prince describes the battle in detail – how did it come to this; why did it come to this; what happened after it? All the questions, in detail, are answered by Michael Archer who was himself present on the battlefield with Captain Baig as a radio operative. Michael, along with others, was actually tense and pensive about the outcome of the battle as they knew their strength was nowhere matching the might of the 30,000 NVA personnel who had circled all around the Khe Sanh and waiting for their chance to finish the battle and siege it. It was only because of the on-field experience and tactics of the brave and witty Captain Mirza Munir Baig that the US Marine Corps could save themselves and actually win the Khe Sanh battle! How did that person do it alone? How strong was he mentally? Everything – everything you can understand by reading this short and to the point memoir and actually an analysis of what transpired many years ago.

Critically reading the book offered me very well-packed information, truths and analysis which could actually help me understand what I did not know about the battle fought during the Vietnam War. On the presentation front, the book has been divided into many parts which offer different kinds of information. The language is very much near reader-friendly and readers can finish this book within hours if they just want to read it quickly. Michael Archer, the war veteran, has done a good job as an author here!

So, are you planning to read another fiction this weekend? If that is your plan, check it and give this non-fiction book a shot. Even you don’t read non-fiction usually, you will certainly like it because the book is no less exciting than the most exciting thriller novels. It offers a birds-eye-view (analysis) of the things we might never know!

You can get the book by Michael by following the link to Amazon below. In India, you can get the Kindle E-book version of the book.

A book by war veteran Michael Archer dedicated to another war veteran Captain Mirza Munir Baig… detailed analysis of his tactics and the Khe Sanh segment during the prolonged Vietnam War… you will surely have interest in this ‘another side’ of that episode.