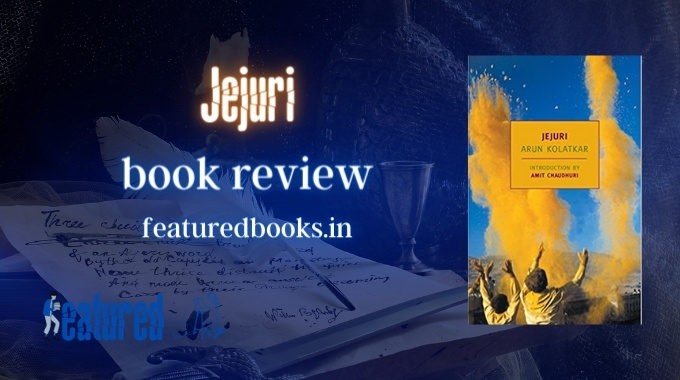 “he popped a stone
in hit mouth
and spat out god”

Jejuri, a poetry collection by ‘Marathi’ poet Arun Kolakar, can be termed as a collection of unskilled, unpolished, unpoetic and sans rhyme, sans reason, largely personal envy against the established notions of life… all of it coming together to form pieces many called poems then and many call poem today. Poetry, reasonable and distinguishable, is absent, though.

Jejuri portrays the personal beliefs of this poet who had made a good enough name by his provoking, powerful but not persuasive, intriguing poems. The predictable narrative allows you to judge the ideas, thoughts and images that might be lurking, casting a shadow on the next lines to appear as you begin reading a poem. Stone will bring God and God might bring stone. Anyone is leaving and coming any place near Jejuri and it is very well understood that the poet’s resistance against the debut publication in English… he is not willing to leave Jejuri!

The opening stanza of a poem in the collection Jejuri, The Cupboard, may very well tell the entire story of this poetry collection by Arun Kolatkar. He talks about things limited by his narrow (you may think of it as sharp from another side) vision. Jejuri is constantly present in the poems but it does not leave its presence in the form that is pleasant… as we see in the case of Malgudi in the novels by R K Narayan. An idea which is powerful enough to persuade the poet’s own mind to speak against the God of many… finds its presence in most of the poems. Though he submits by telling people what God might be in a poem but that does not suffice the needs.

The entire collection seems a rant against temples, Gods and people who believe in the same. It might be purely personal if a personal wants to believe and worship or not. However, the poet seems to laugh on those who worship Gods or visit temples and it is very unpoetic to do the same thing again and again and yet make no sense to the readers… whether the poet ‘smokes’ outside the temple premise with ‘Markand’ or stuffs his gold in the ‘arse’ of his friend ‘Yeshwant Rao’ is his personal choice as a poet and no one gives a hoot because no one outside the tiny academic world of Indian English literature seems to know him…

Jejuri can be trashed.
That’s it.
Trash
can be called Jejur by Kolatkar
without being trash.

The opening poem might be called a good enough work of creative art that compels you to think. All other poems in the collection compel you to think about the poet… not about his poetry and this very thing countersigns the failure of this poet. He wants the focus upon himself and not his poetry and it seems that he has taken the words of Yeats seriously and does not want to differentiate ‘the artist from the art’. He completely fails to stand together with the likes of R Parthasarthy… leave Tagore and Sri Aurobindo aside.

Howeever, on the flip side, one can argue in favour of the poet by telling that he might have had other views and vision in mind when he composed these poems. One might have to study the life of the poet to understand, possibly, the works by him. However, such critics who blamed Aurobindo and Naidu for too much fancy come rushing to defend Kolatkar with their shallow arguments and fake appreciations… and this casts a doubt not on the poet only but also on their selective assertions and biased criticism. So, it’d be best when the readers decide for themselves and I did the same!

Review by Aditya for Featured Books 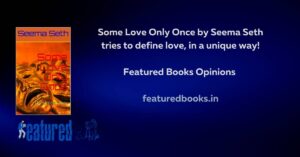 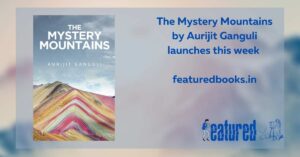