Into the writing of Author Hamid Baig

Hamid Baig is a novelist from New Delhi, India. He has made his entrance in the field of writing with his debut work, earlier this year, Little Maryam. The novel is based on a theme of love and chance. Getting on a different path altogether, Hamid Baig has tried to experiment a little with the theme of romance and he has decided not to offer cheap ‘intimate’ textual scenes in his debut work. Instead, what he has decided to offer to the readers is something more sentimental and something more emotional. Have you read the novel yet?

Been a writer for many years, Hamid kept himself to writing short stories and occasional poetry only. He is an entrepreneur and writing is not his full-time vocation. However, when he decided to write something, finally, he came up with a touching love story of Maryam and Saadiq, the sweethearts who grew up together but were parted because of fate and situations. In writing the story, the author has shown his self-taught talent of keeping the readers occupied and never letting them escape. The story has a steady pace except some of the instances where it moves faster than expectations.

A very good plot is also there to support the cute love story of Hamid. He has tried to keep the readers busy with his well-planned twists in the novel. Separation – loneliness – success – and finally the second meeting which allows the lovers to have their days and have their nights together – finally after so much of waiting. The skills involved in the plot of the novel are enough to prove that Hamid has been doing some good literary production, even leisurely.

Talking about his language, one certainly needs not say that his novel, in the language it has been written, is not for those classic readers because they will certainly demand some of the ‘class’ thing and those long-thought similes and witty metaphors in the novel. However, it is what it is, Hamid has written this novel for the young readers of the day and he has done a good job. Nevertheless, to appease the section of readers who are rather serious and touchy about language, the author might have to call upon his lexicon!

To sum up, we will need one or more novels from Hamid, for sure, in quick succession. His writing does have something which impresses the readers and they just like reading page after page… and so on. Once his other works are published, we will see into them and analyse his writing once again. Till then, surely go to the nearest bookstore or get a copy of his work online from the Amazon link below: 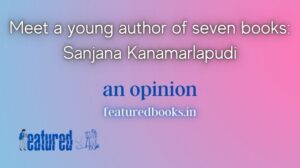