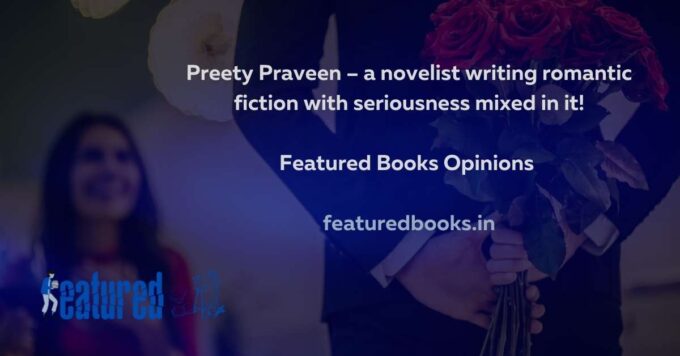 Romance – this is a genre that has always been popular. Since the very dawn of the literary era in the country and also the world, readers have been attracted to this genre in a biased way. Well, that’s how it is. In the contemporary era, many authors have used their skills to master this genre and with innovative writing styles, they have become bestsellers, famous and also representatives of youthful ambitions. However, are all the romantic novels worthy to represent the reality of our society? How we do judge or establish the quality of a romantic novel? Demand for such an inquiry has been raised inside me because I have read many romantic novels by Indian authors in all my years of reading. The recent ones were Preety Praveen’s Cross Connection and Nikita Singh’s The Reason is You.

Nikita Singh and her batchmates like Durjoy and Ravinder, and many others I cannot even remember and, virtually, every new author who wants to ride to the fame list quickly, they tend to write anything coupled with a love story that seldom gives the readers a serious glimpse of life. On the other hand, there are a few novelists who are rather serious and concerned about what they present in their works. For example, you can read the works by Preeti Shenoy and she does offer some seriousness in her writings. Likewise, you can read the debut novel by Preety Praveen, an emerging novelist and an experienced poet, Cross Connection, and you will experience a seriousness, a reflection of realism and also a maturity in the narrative that does not let the storyline become hurriedly harsh on the readers.

Preety Praveen’s writing, as seems in her debut work, is composed and relaxed. She does not let the characters unfold their characteristics at once. Readers will have many occasions to enjoy laughter as well as a few occasions to understand the depth of human emotions, various perspectives of human relations and the complex structure of our society. She writes in simple words; she forms straightforward sentence structures; she offers vivid perspectives on human life and yet, she is keeping the readers entertained, excited and absorbed with her campus fiction.

Based on the debut work, I will say that Preety has many more steps to go in order to stand in the same queue that established novelists stand. However, something has to be noticed, appreciated and applauded. Her work is serious and her dedication to the writing makes it impactful, better and also entertaining for the readers. The first step is in the right direction and Preety’s approach to fiction is undoubtedly clean and better than many other contemporary debutants. Well, hope to see the sequel to Cross Connection soon and also add some more inputs to this piece on her writing.