Shilpa Raj – the making of an author! 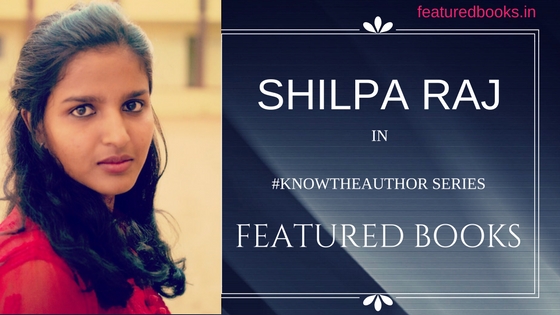 Shilpa Raj, an author from Bangalore, has made her debut with a successful book The Elephant Chaser’s Daughter. She has been writing since her youth days and finally her debut has been witnessed in the field of writing officially and formally and this has not been ordinary – Shilpa Raj has received praised and high appraisal for her work from the readers and book critics alike, across the globe. Her debut with has come with a huge success and it has boosted her confidence to further indulge into the field of writing and keep producing sensational works like the first one – The Elephant Chaser’s Daughter.

Her writing style is nothing like the amateur writers who just write for the sake of writing. She tries her best to communicate directly with the readers and succeeds to a great extent, you cannot argue that anymore once you read her book for yourself. And that’s the reason why her book, a memoir and so personal, could be able to reach the masses effectively, not only in India but also outside our country! She could make her personal life-story resonate the story of many ones who have to suffer and face the crisis of loss and deprivation all-along.

Many renowned names in India as well as in the foreign nations have praised Shilpa Raj for her debut book and also praised the choice of the theme she has taken up for her very debut. The success of Shilpa as an author does not come in the simple terms; she has worked hard for it and it took her around seven years to complete her first book and there we are – an author who has started to make her impression and build a name for her on the list of dedicated authors who rather raise the issues of social justice and humane.

“I do not want to lose this voice nor let it ever be misused. Since my dream to be a writer materialized into a tangible reality, I’ve been gripped by the realization that I now have a duty as an author to yield to my conscience and never let my voice betray those who need me to speak for them.”

And her words reflect very well the firm resolve of a person who is very well aware of her duties as an author! She does not want to lose the purpose she has decided for herself in the field of writing and you can expect more books with the same pinch of reality and an urge for change in the social status quo.

You can explore more about Shilpa Raj and look for her recent updates on her official website: http://www.shilpa-raj.com/